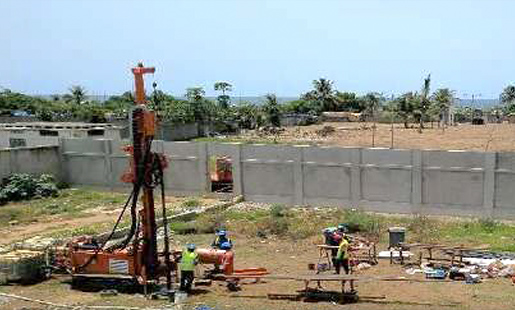 TSK has been contracted to construct a thermal power plant in Lomé, Togo. The proposed power plant is known as the Kékéli Efficient Power Thermal Plant and is a combined cycle plant which will be developed inside an approximately 31,500m2 area. When completed, the power plant is expected to generate 65MW of electricity.

PMI executed the complete geotechnical and geophysical investigation within the required time frame.

Wherever possible, borehole drilling and geophysical tests were conducted simultaneously to ensure fast delivery of results.

At the end of the campaign, all soil samples were analysed in specialized laboratories in Ghana, under supervision of a PMI engineer and test results were shared with the Client.

PMI provided a factual report, as well as an interpretive reporting with design recommendations.