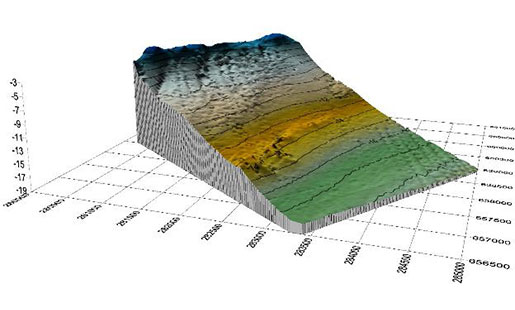 Onshore Geotechnical Investigations: 13no. 7no.boreholes up to 40m depth with sampling and insitu testing.

Vibrocoring works were executed in December 2013. The remaining works were undertaken in the period January to March 2014.
PMI mobilised teams from Accra Ghana to site. Each discipline was led and reported on by a specialist technician or surveyor. Work on site was executed in close cooperation with the Client and Haskoning DHV Engineer on site.
Standard laboratory testing of samples was undertaken in Ghana. Advanced testing was executed in South African and European laboratories.

The project was completed on time and within budget to the satisfaction of Diamond Cement and Haskoning DHV.