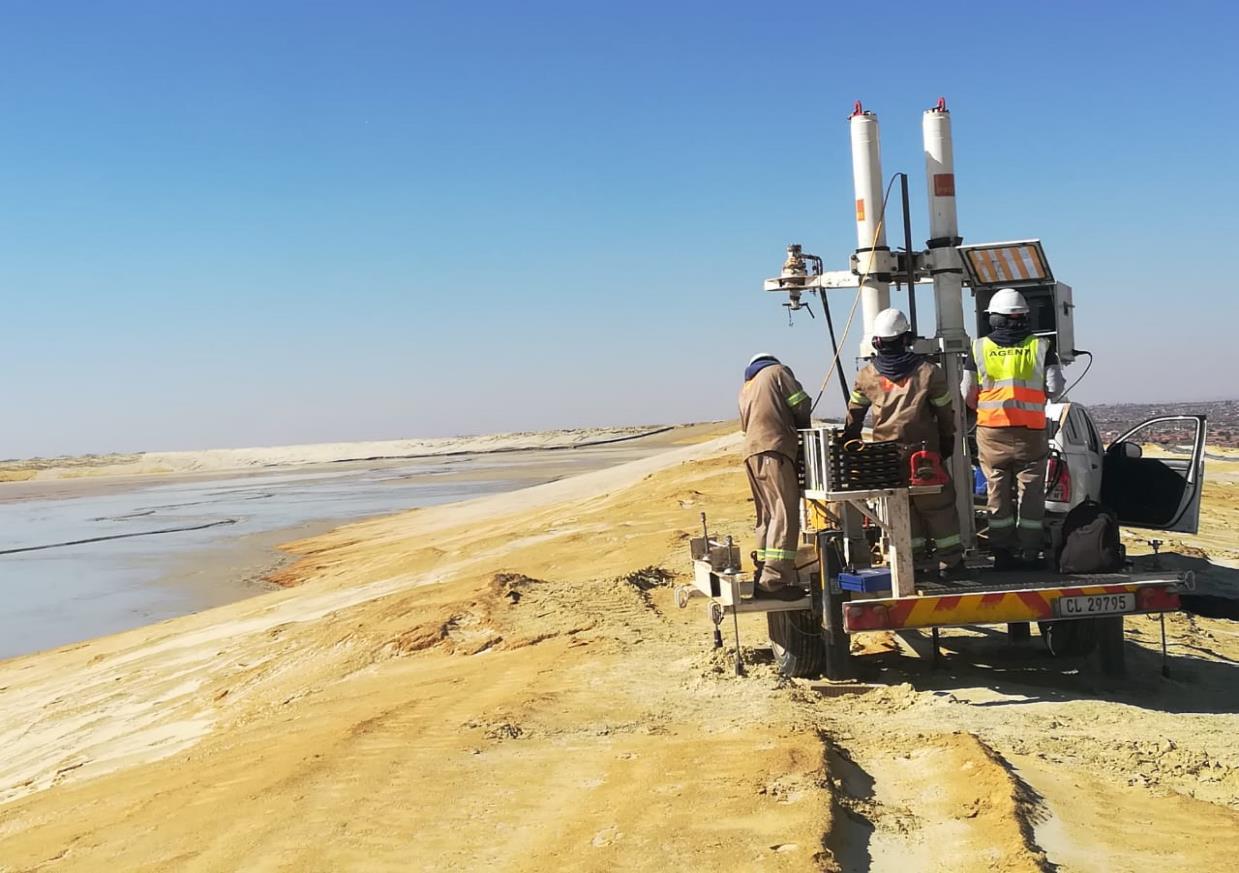 Ergo Mining (Pty) Ltd contracted PMI Construction Services SA (PMI) to execute Seismic and Cone penetration tests at preselected locations on their Brakpan Tailings Storage Facility. The aim of the tests were to measure subsurface tailings parameters to be used for design purposes.

The project site was located in Brakpan, on the Brakpan Tailings Storage Facility in South Africa.

The Scope of Work

The scope of works comprised of:

A trailer mounted 20 ton push capacity CPT machine fitted with 4 outriggers and an anchor installation system was used. A piezocone was used for the normal cone penetration testing and pore pressure dissipation tests whilst a seismic cone with corresponding seismic gear was used to determine the shear velocities.

The project offered PMI an opportunity to execute deep CPTu’s. 2 no. deep CPTu’s were executed to a depth of 75.00m and 75.51m as part of the Scope of Works. A sectional view indicating where these were required and executed are indicated below.

Where push-in piezometer installation was required, the piezometer was pushed in using the hydraulics of the CPT system, tip first then pipe by pipe with each pipe screwing onto the next until target depth is reached.

The CPTu’s produced a graph indicating a continuous measurement of:

The seismic tests indicated the shear wave velocities at the specified test intervals.

The measured insitu parameters were used to calculate the required design parameters by the client.

A factual report was produced for the client.

The Project was completed to the clients’ satisfaction.